Skip to Main Content
It looks like you're using Internet Explorer 11 or older. This website works best with modern browsers such as the latest versions of Chrome, Firefox, Safari, and Edge. If you continue with this browser, you may see unexpected results.

ISO  Unlike film cameras, a digital camera can change its ISO, or light sensitivity, for each individual exposure.  For the best quality, use the lowest ISO setting possible for the existing light conditions.

LIGHT METER Meters can be built into your camera or they can be a separate unit. Camera meters vary.  Read your camera manual to learn how to operate yours properly.  Your meter indicates an exposure which averages the scene's brightness ranges to give you a gray picture.  This is usually acceptable because most scenes have an average range of tones.  However, if your scene is not average, you must compensate with your exposure settings.  If your scene is predominately bright tones, overexpose by one half to one full stop.  If the scene is predominately dark tones, underexpose by one half to one full stop.  It is always a good idea to bracket your exposure.

BRACKETING You can insure a properly exposed image by bracketing.  Take three shots:  one under-exposed one half to one stop; one according to your light meter; and one overexposed by one half to one full stop.  Most digital cameras have a bracketing feature.

SHUTTER SPEEDS This camera exposure control is located in various positions depending upon the camera.  However, the view screen almost always displays the chosen setting.  Shutter speeds can be set manually or by using the "shutter speed priority mode."  In this mode, the photographer selects the shutter speed and the camera automatically selects the appropriate aperture.  Common shutter speeds are:

These numbers represent denominators of fractions of seconds; 1/8, 1/15, 1/1000, etc.  Therefore, the bigger the number, the faster the shutter speed and the less the amount of light that reaches the film.  Faster speeds are used to stop subject motion as well as camera movement.  Slow speeds are used to show subject motion or are used for time exposures.  Time exposures are exposures longer than speeds marked on the shutter speed dial.  Set the dial at "B" for bulb.  The shutter will remain open as long as the sutter release button remains depressed.  You should use a tripod and a shutter release cable.  Remember shutter speeds control motion.

APERTURE Aperture is the size of the opening in the len's shutter.  This camera exposure control is located in various positions depending upon the camera.  However, the view screen almost always displays the chosen setting.  Apertures can be set manually or by using the "aperture priority mode."  In this mode, the photographer selects the aperture and the camera automatically selects the appropriate shutter speed.  Some common apertures are:

The numbers (like shutter speeds) represent denominators of fractions:  1/32, 1/22, 1/16, etc.  Therefore, the larger the number, the smaller the shutter opening.  This fraction represents the size of the shutter opening in relation to the focal length of the lens.  Focal length is the distance between the optical center of the lens to the film plane when the lens is focused to infinity.  For example, if a lens' focal length is 50mm, then its f/8 opening woudl 50/8 = 6.25mm.  Apertures also allow the photographer to control depth of field. The largest aperture on a lens is used to designate the "speed" of the lens because its larger opening lets light enter the film fastest.  So a lens whose largest aperture is 2.8 is referred to as an F/2.8 lens.  Faster lenses are usually more expensive because their larger apertures require larger lenses to accommodate them.

The ability to choose from among equivalent exposures is what allows for creativity.  It lets the photographer choose what is most important:  to control motion, depth of field, or the amount of grain. 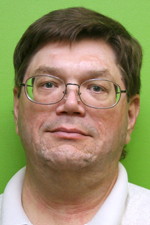